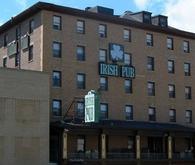 Learn the long and colorful history of Atlantic City's most dynamic entertainment district while you make history drinking at Bourre, the Irish Pub, and the Tennessee Avenue Beer Hall. The area from New York Ave and Snake Alley to St. James Place and Tennessee Ave was a center of local culture in the post-WWII decades, but fell into decline not long after the arrival of casinos. This tour also discusses the Orange Loop project that has recently helped revitalize the area. 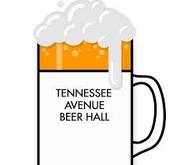 Learn the long and colorful history of Somers Point's entertainment district while you make history drinking at Gregory's, Charlie's, and the Anchorage. In the mid-1990s these bars advertised themselves as 'The Beermuda Triangle' but the history of saloons in the area goes back a century. Hear about the early history of Somers Point's historic district, Prohibition era Speakeasies, the iconic 1970s years when Bay Avenue bars advertised "7 Beers For A Dollar," and new Pop-Up Bars.

Tour departs from outside 28 Delaware Ave, concludes at Gregory's.