"You can now take a Trump casino tour in Atlantic City"

By Kelly Roncace, Features and Entertainment Writer for NJ.com (1/26/2017)

When preparing his itinerary, Fox researched long-ago transactions such as the dramatic bidding war between Trump and Merv Griffin that eventually led to Trump obtaining the Taj, and the story behind the bankruptcies and junk-bond deals...

Fox said his role is not to influence his guests politically, but to tell the history.

"Mr. Trump was once the largest employer in town, and some people have very positive recollections," Fox said. "This is certainly not a one-sided story."​​

“The tour stops at some key places where Mr. Trump played a role,” Fox told New Jersey 101.5. “This tour is very much about his history in Atlantic City, and it’s not a political tour. I want to make sure people know that.”

When Fox began the tour in September, customers were treated to some additional “entertainment” as union workers protested outside the Taj over contract disputes. According to Fox, his tour garnered more attention from the public, as well as media outlets, after Trump claimed a November victory over Hillary Clinton.​​

​​Levi Fox is a man of many hats: actor, historian, entrepreneur, just to name a few. But his primary focus is on teaching.  And his new business, Jersey Shore Tours, facilitates his main passion in the educational “off-season.”

“I really, really enjoy teaching. And this business allows me to keep on teaching all summer long," says the award-winning adjunct professor...

​“I try to teach and inform and to do so in an engaging fashion,” the personable Fox says. “It’s ‘edu-tainment’ ”.

​​​Donald Trump promised to make Atlantic City great again, and in the 1980s opened a string of casinos to make it an east coast rival to Las Vegas. The Trump Taj Mahal, he boasted, would become the eighth wonder of the world but its decay rather than decadence that greets you now...

Local guide Levi Fox runs a Trump Tour, telling the story of how the billionaire's companies went into bankruptcy here four times. "He did never achieve his promises" Fox said "and it makes me wonder whether he can achieve that for America, although at this point we all hope that he can." 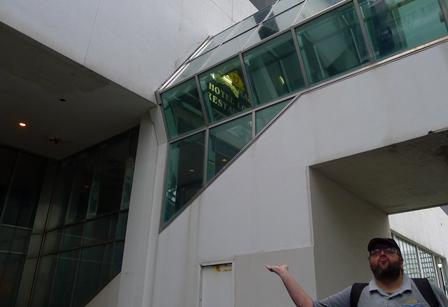 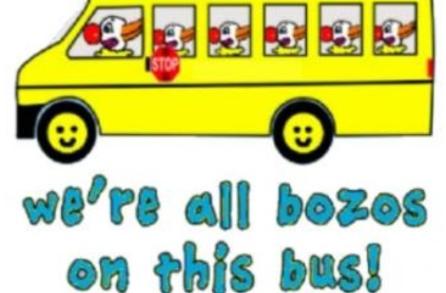 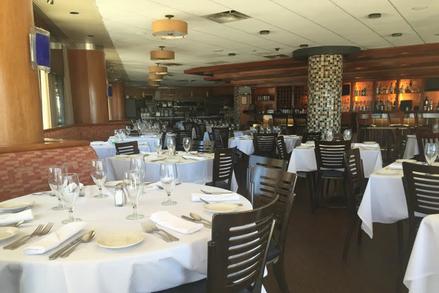 By Jacqueline L. Urgo, Staff Writer for the Philadelphia Inquirer (10/7/2016)

​​​One of the best photo ops on the Trump's Heritage Gambling Tour this week came at the end. Many of the eight men and women grabbed their cellphones and shot the blacked-out - or boarded-up - traces of the signs on the shuttered Trump Plaza on the Boardwalk...

With just weeks until the election and on the eve of the Trump Taj Mahal closure, Fox said, he came up with the idea for an "edu-tainment"-style tour involving Trump, who has not been professionally affiliated with the resort city for the last seven years...

"I had to rewrite part of the tour after the revelations came out over the weekend about Trump's taxes . . . but such is living history that is playing out right in front of us," Fox said.

At the end of a 90-minute tour around Atlantic City, New Jersey, participants stand before a blacked-out “Trump” sign on the Trump Plaza Hotel and Casino, which closed in 2014.

Levi Fox, an Intellectual Heritage professor and an American and public history doctoral candidate, created the Trump Gambling Heritage Tour. He first began to offer the tours in September and held them every Saturday until the inauguration last Friday. The tour began on the boardwalk at the closed Trump Taj Mahal casino and took visitors to other famous casinos and Trump-related locations in Atlantic City... 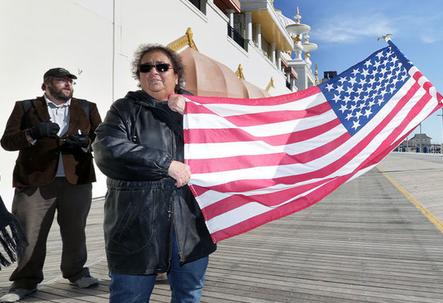 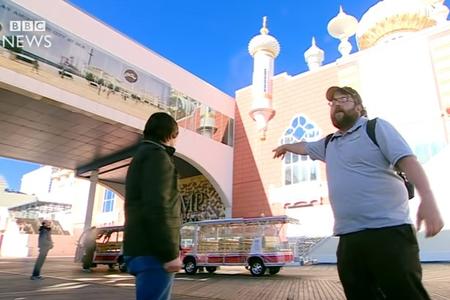 The interest which I have received from international journalists has offered the most intriguing opportunities. I have been able to lead tours for German, French Canadian, and Spanish journalists, helping shape their coverage of president-elect Trump’s career in Atlantic City...

I hope tourists take away from the experience a sense of how Trump’s history in Atlantic City may provide a useful context to understanding some of his campaign claims, and potentially, how he might act as president. I also hope visitors leave with a deeper appreciation of the ways local stories, told through material culture and sites of memory, can speak to national narratives. 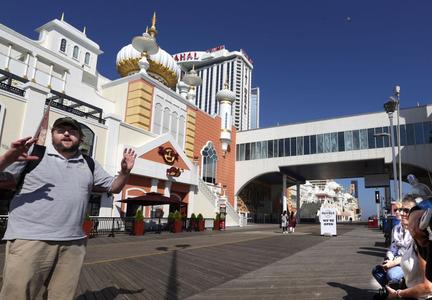 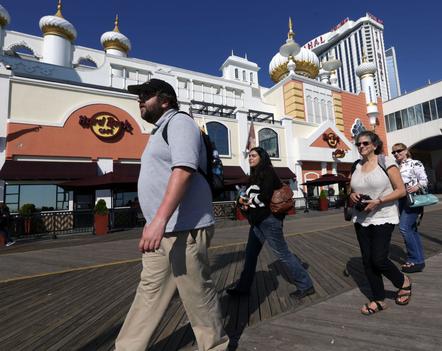 Levi Fox knows a thing or two about the Jersey Shore. A lifelong Somers Point resident, the 36-year-old Temple PhD student and lecturer has worked as a tour guide at both Lucy the Elephant (“My best summer job ever!”) and the James Candy Factory, as well as along the Atlantic City Boardwalk, where he used to give Nucky Johnson–themed tours back when Boardwalk Empire was all the rage. And now, Fox is taking tourists on a Donald Trump–focused tour.

Through his company, Jersey Shore Tours, Fox will lead you along the Boardwalk and tell you all about Trump’s former properties there and his influence on the gambling town.

"Somers Pt. Group to Bring Out Clowns for Historic-Tavern Tour"

By Kristen Kelleher, Staff Reporter for the Ocean City Sentinel (8/22/2018)

Levi Fox, owner of Jersey Shore Tours and an adjunct writing and history professor at Stockton University, will lead the tour. Those who go will be encouraged to share their own local stories, and Fox will provide historical background and tell some of his own tales of growing up in Somers Point.

“The historic district of Somers Point is also our entertainment district, and there’s a long history of clubs along Bay Avenue that drew people over the summer,” Fox said...

“This is an opportunity to have a beer in a bar that’s more than 100 years old, and yet actually get to experience it as it would have been in its peak period,” Fox said.

Enter Fox, a local historian and charismatic Ph.D. student, who now gives walking tours of Trump’s legacy in the town for $16 a pop...

​As Fox explains Trump’s leveraging of tax loopholes, we arrive at our final stop: The old Trump Plaza which closed in 2014. Its bright red TRUMP PLAZA lights were taken down and the facade’s faded colors were boarded over months ago...

Looking through the large glass windows, there’s a restaurant ready for business. The tables are set with silverware, the floors are spotless, the bar is still flush with liquor. But no one is inside. 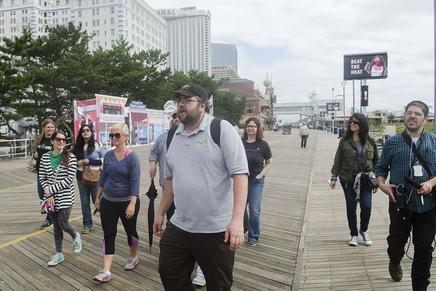 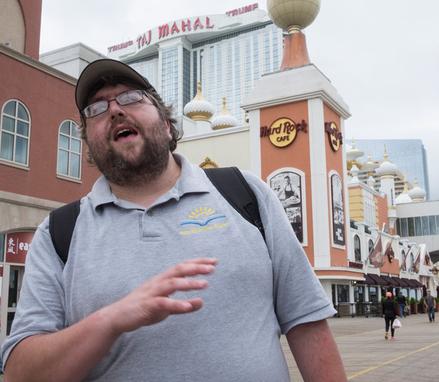 ​​​A South Jersey public historian is telling what he says is an unvarnished version of Trump's legacy in A.C.

And he's doing it from right outside the doors of Trump's former properties.

"Welcome to Trump's Gambling Heritage Tour," exclaimed Levi Fox, president of Jersey Shore Tours, in front of the Trump Taj Mahal this week. "We are trying to piggyback off the national news and offer people a little bit of an education about both Atlantic City and Mr. Trump's career here" 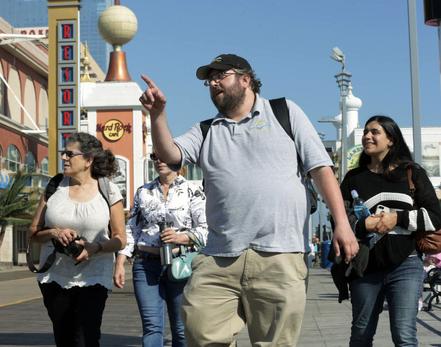 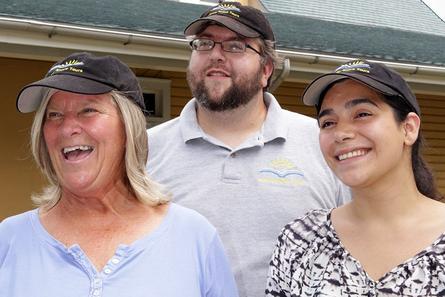 ​​​During a recent 90-minute walking tour, Fox, 35, of Somers Point, detailed how Trump got his start in the resort and the issues that led him to leave the city. The tour focuses on Trump’s history in Atlantic City rather than the political rhetoric of the current campaign, Fox said...

The tour starts at the recently shuttered Trump Taj Mahal Casino Resort, where Fox gives a brief history of how Trump acquired the property from Resorts International in 1987. While explaining Trump’s start in the city, Fox made reference to the “small loan” of $1 million his father gave him, which drew laughs from people on the tour.

"The Persistence of Donald: Heritage Tourism in the Age of Trump"

Of interest to Levi as a public historian has been the effort to erase the Trump name from Atlantic City’s physical environment, just as we could have used it again — and with an effort to rewrite Trump’s history here just as we should be coming to terms with it. If Donald’s surname is iconic, as Donald says it, you could argue here is where Donald made his name. You could make the case (Levi does) that no building was more closely associated with Donald than the Taj Mahal and the Taj in turn was the casino most closely associated with Atlantic City...

Parking lots, hotel towers, casino marquees all bore the Trump name in fiery lights. Now, here we were at the end of things, and you could hardly find it anywhere. 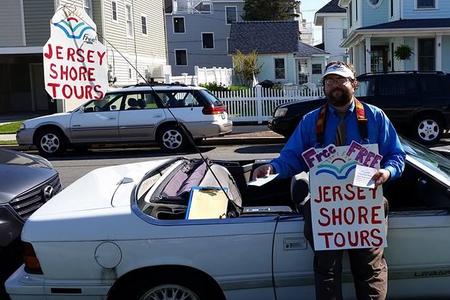 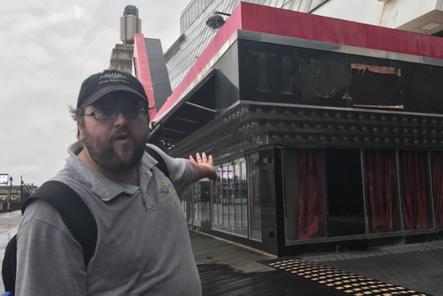 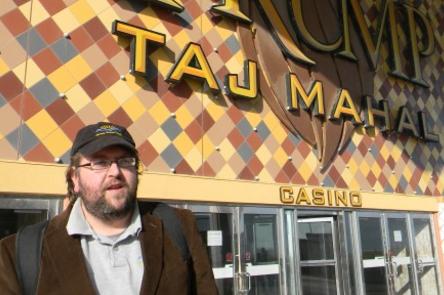 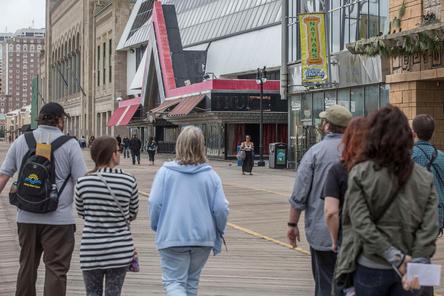 “The promises that he made to the town haven’t come to fruition, and the prominent marque, the glitz, and glamor is now replaced by decay, and that I think is what they’re trying to hide,” said Levi Fox, a local historian and tour guide.

Atlantic City had a National Strike of their own, as dozens of protesters walked the boardwalk holding signs while learning about the business mogul's impact on the surrounding buildings thanks to a local historian tour guide...

“My goal here today was to make sure that folks who are protesting against Mr. Trump’s policies are knowledgeable and have the facts backing them up.”

​​​After he started his business this year, one of Levi Fox’s most important moves was hiring the right people. And he thinks those hires have worked out...

Starting his own company has taught Fox some valuable lessons from the world of commerce. He sums up one in a baseball metaphor:

As he sees it, a small-business owner is “part manager and part utility infielder,” Fox says. “Because you have to pitch in wherever you need to be to make sure everything runs smoothly.”